Traditionally, semi-moist dog foods have been among the least favored ways to feed dogs. This is despite the fact that most dogs are happy to wolf down semi-moist foods. They are normally a big favorite with dogs. But there have always been nutritional drawbacks to feeding a steady diet of semi-moist dog food. However, as with most other things in the pet food world, times are changing. Today there are semi-moist dog foods that are quite nutritious. Depending on your dog and your budget, there is no reason not to consider feeding them.

First, some background on semi-moist foods, then and now.

If you know much about the history of dog food you probably know that commercial dog food started with hard “dog cakes” or biscuits for dogs in the second half of the 19th century. In the 1920s, canned horse meat became the first popular canned food for dogs. By 1941, 90 percent of the dog food sold in the U.S. was canned food.  Extruded dry dog food – the kind of dry dog food most popular today – came on the scene in the 1950s.

The brand Gaines Burgers was introduced in 1961 by General Foods and stayed in production through the 1990s. The product featured individually wrapped hamburger-like patties of soft-moist dog food. It may have been the first semi-moist or soft-moist dog food. These patties could be stored indefinitely at room temperature. Soft-moist products were relatively new at the time and the technology was adapted and refined to make human food products during the 1960s-70s. Gaines Burgers were a favorite with many owners and their dogs. They were inexpensive, convenient, and easy to feed without any mess.

According to this January 1974 New York Times article, semi-moist pet food was growing rapidly, though it was still new on the scene.

Semi‐moist pet food, primarily meat and packaged as patties or moist bits, held 17 per cent of the 1973 dog food market and 7.7 per cent of the cat food market. Purina’s new product line – Tender Vittles – was a soft-moist cat food and one of their big sellers at the time.

Sales of semi-moist pet foods were growing rapidly in the early 1970s.

The fastest‐growing segment of the business is the semi‐moist type, with annual dollar sales gains averaging well over 15 per cent in the past five years. General Foods developed semi‐moist and ‘marketed it first as Gaines Burgers in 1964.

Paul A. Setzer, editor of the trade magazine, Pets, Supplies, Marketing, says semi‐moist is booming because, “it combines the best of both dry and canned. It doesn’t have to be refrigerated, it’s neat and easy to serve and it comes in portion packets.”

In 1974, when this article was written for the New York Times, pet food companies were just beginning to create and market “gourmet” pet foods, though most of them would seem fairly basic to pet owners today. As the time, semi-moist or soft-moist pet foods were the newest innovation in pet food but that was 40 years ago. Pet food companies, large and small, have come up with many other developments for dogs (and cats) since that time. Gaines Burgers no longer exist. Many of the companies mentioned in the NY Times article no longer exist. Tender Vittles made by Purina was discontinued in 2007, though it has been relaunched by another company and is sold in WalMart stores.

Today soft-moist foods can be said to exist but most of them no longer exist in the same form they once did. There are still a few semi-moist foods similar to Gaines Burgers or Tender Vittles but you will also find dry dog foods that contain some soft, chewy pieces. Some semi-moist foods today come in pouches and trays. There are dog food toppers and mixers with semi-moist pieces included that you can add to your dog’s regular dog food. You can also buy rolled dog food and slice off pieces to feed your dog at meal time. These rolls could be considered “semi-moist” or soft-moist foods since they are neither dry nor canned foods, and they don’t fit into the frozen, freeze-dried or any other category.

This should provide you with an overview of semi-moist dog food. Next we’ll look at some of the pros and cons of soft-moist foods, though these, too, have changed over the years.

Propylene glycol is not used in Purina’s ProPlan, Purina One, Beyond, Alpo or Chef Michael’s dry dog food formulas.

Even with assurances from pet food companies and the FDA, many pet lovers do not like to feed foods that contain propylene glycol.

If you search for semi-moist dog foods online you’ll notice that there aren’t nearly as many of these foods as there are dry dog foods or canned foods. This segment of the pet food market is growing in many countries but it’s still rather small. According to Lindsay Beaton in “Pet Food Market Trends” (August 2015) reporting on global trends looked at the top 102 pet food companies that had 2013 revenue data available to see trends in different regions.

Semi-moist pet food is another subcategory that covers a lot of ground, but many products in the category fall into the specialty segment. The top nine companies manufacturing semi-moist pet food are a diverse group, based in Germany, Brazil, the US, Hungary, the United Kingdom, Chile and the Czech Republic. Combined, their annual revenue hit US$2.65 billion in 2013, with Germany-based Deuerer leading the pack at US$721.1 million.

While $2.65 billion in global sales for soft-moist pet food probably sounds like a lot of money, when you consider that the total global revenue from pet foods is about $70 billion, semi-moist foods still have a long way to go before they catch up with dry or canned foods. According to our research, dry dog food is still the most popular pet food segment. Canned food is more popular in the U.S. while food in pouches is more popular in Europe. Pouches may or may not contain soft-moist food. Some of them are simply wet food.

In the U.S., some of the most popular semi-moist dog foods are:

Purina Moist & Meaty Burger with Cheddar Cheese Flavor Dry Dog Food – Although this food is called a “dry dog food,” it comes in a 6-ounce pouch and is sold in cases. It’s 18 percent crude protein, 7 percent crude fat, 3 percent crude fiber, and 33 percent moisture. Made with real beef with added cheddar cheese burger flavor. Purina says the product can be served as a meal, snack, or topper. It has 470 kcal per 6 ounce pouch. Here’s a look at the ingredients. Questionable ingredients are highlighted.

We could have marked more ingredients but we only marked the worst. You really don’t want to see ethoxyquin added to your dog’s food. Since it’s listed on the label it means that it was added to the food at the pet food plant where the food was made. Yet this food is an old favorite for some pet lovers and dogs probably like the taste of it since it has corn syrup and cheese powder in it. Unfortunately, just because your dog likes something doesn’t mean it’s good for him.

At the other extreme are the soft-moist dog food rolls like those from Redbarn and Natural Balance. We can look at Redbarn Naturals Grain Free Beef Recipe Dog Food Roll as an example. This food has 14 percent crude protein, 6 percent crude fat, 3 percent crude fiber, and 43 percent moisture. It has 2,345 kcal/kg, or 333 kcal per one inch of roll so it’s very calorie-dense. The roll has over 50 percent real meat. People who feed using dog food rolls say they are more convenient than feeding a raw diet. The food is made using a low temperature cooking process to retain more vitamins, minerals, and nutrients. All you do is slice or cube some food from the roll and feed it to your dog. It also makes a great training treat, a protein supplement for your dog’s regular food, or an easy wide to hide pills if you need to give your dog medication. AAFCO-approved for all life stages. No corn, wheat, or soy and it’s grain free. Most dogs love these dog food rolls. Here are the ingredients in the Redbarn Naturals Grain Free Recipe Dog Food Roll:

This dog food roll does contain some sugar which probably makes it tasty to your dog. And it has some sources of salt like other soft-moist foods. But it still has to be considered an improvement over some earlier semi-moist dog foods.

While there aren’t a lot of semi-moist dog foods sold in the U.S. today, there are some foods that include bits and soft pieces of kibble in regular dry dog food. These foods may be advertised as “chewy” or “tasty” or they may have “morsels.” If you see one of these terms you should check the ingredients for corn syrup, propylene glycol, and other indications that the food contains semi-moist pieces. Some of these foods are perfectly fine but some are less desirable.

Along with the dog food rolls we’ve already discussed, you may also be interested in Natural Balance Belly Bites – semi-moist treats made with vegetable glycerin instead of propylene glycol. Freshpet Select could also be a good choice for some dog owners. These foods are not precisely semi-moist foods. Instead they are refrigerated foods found in many local grocery stores. Freshpet also has foods found in pet stores and for sale online.

If you’re interested in a dry dog food with semi-moist pieces, the Purina ProPlan Savor line of dog foods include soft-moist pieces in their kibbles. You may or may not like some of the other ingredients in their foods but ProPlan is considered to be a nutritious food and Purina has excellent quality control.

If you are interested in feeding semi-moist dog food, we recommend reading the ingredients and figuring the dry matter basis of the food as you would with dry dog food or canned foods. This makes comparisons much easier.

Dogs nearly always love semi-moist foods so you can’t let your dog make this decision. Read the labels and look at the percentages.

Carlotta Cooper is a vice president of the Sportsmen’s and Animal Owners’ Voting Alliance (SAOVA) and an AKC Legislative Liaison. She writes for multiple pet blogs and she’s a breed columnist for the AKC Gazette. She’s also a contributing editor for the weekly dog show magazine Dog News. She is the author of several books about dogs and other animals. 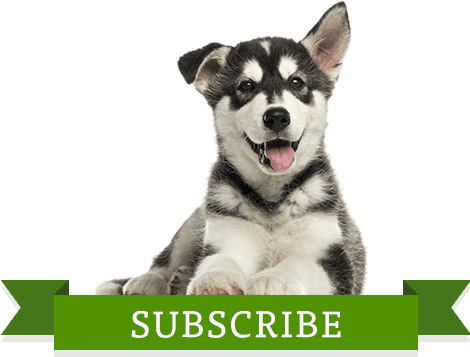